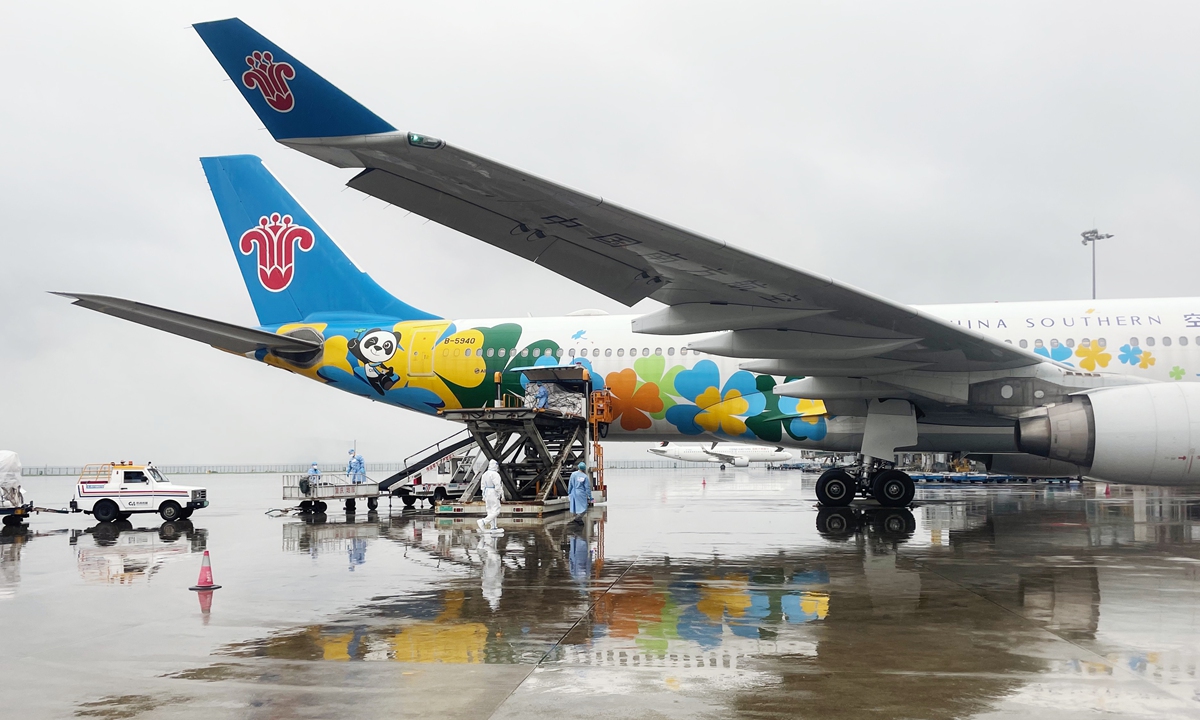 The Beijing Daxing International Airport has resumed international cargo services and a full resumption of flights is expected next year, the airport reportedly announced over the weekend, as Chinese cargo carriers, from airlines to express firms, are ramping up efforts to further enhance international cargo business.

The airport is working with all parties to continuously improve the air logistics service system in preparation for the full resumption of international cargo flights in the future, the Xinhua News Agency on Saturday, citing remarks from an official at the 2022 China International Fair for Trade in Services in Beijing.

Meanwhile, the Chinese air cargo services sector, which witnessed years of decline brought by the epidemic, is now seeing an upward trend.

SF Express told the Global Times on Sunday that it is now increasing all-cargo flights scheduled for Singapore, Malaysia, Thailand and other Southeast Asian destinations to 5-7 flights per week, and has new international routes such as Shenzhen-Hanoi, Wuhan-Osaka, Xi'an-Osaka and Xi'an-Ulaanbaatar to improve the layout of the international express air network.

As of the end of June, its international express services cover 84 countries and regions around the world, SF Express said.

On July 8, Cainiao's first Shenzhen-Kuala Lumpur charter flight was put into operation with three flights per week. This is the first all-cargo charter flight from Shenzhen to Southeast Asia, followed by a chartered flight from Xiamen in East China's Fujian Province to Los Angeles on July 12.

YTO Express welcomed a Boeing 757 cargo plane on Wednesday, the sixth one introduced by the carrier this year, and the plane will be used in routes to South Asia, according to news outlet carnoc.com.

So far, YTO Express has opened eight regular international routes to South Asia, covering India, Pakistan and Bangladesh, and the Boeing B757 freighter with a one-way capacity of nearly 30 tons is the main aircraft being used for such routes. The express firm said it will open intercontinental routes to Europe and North America in the future.

"China's air cargo has maintained a recovery trend since 2021 despite the epidemic challenge," Liang Nan, director of the transport department of the Civil Aviation Administration of China (CAAC), said in a press conference held in August.

China's civil aviation industry operated 163,000 cargo flights in the first seven months of this year, including those "passenger-to-cargo" aircraft. Out of the total, there were 117,000 international cargo flights, with a year-on-year increase of 1.8 percent, data from the CAAC showed.

Although some shortcomings remain, such as the overall level of informatization and digitization, cold chain transportation and the intelligence of infrastructure, we believe that China's civil aviation cargo business will lead the global air cargo market in terms of digitalization, intelligence and full-chain development with continuous efforts of policy support and services improving, Xie Xingquan, regional vice president of North Asia with the International Air Transport Association, told the Global Times on Sunday.