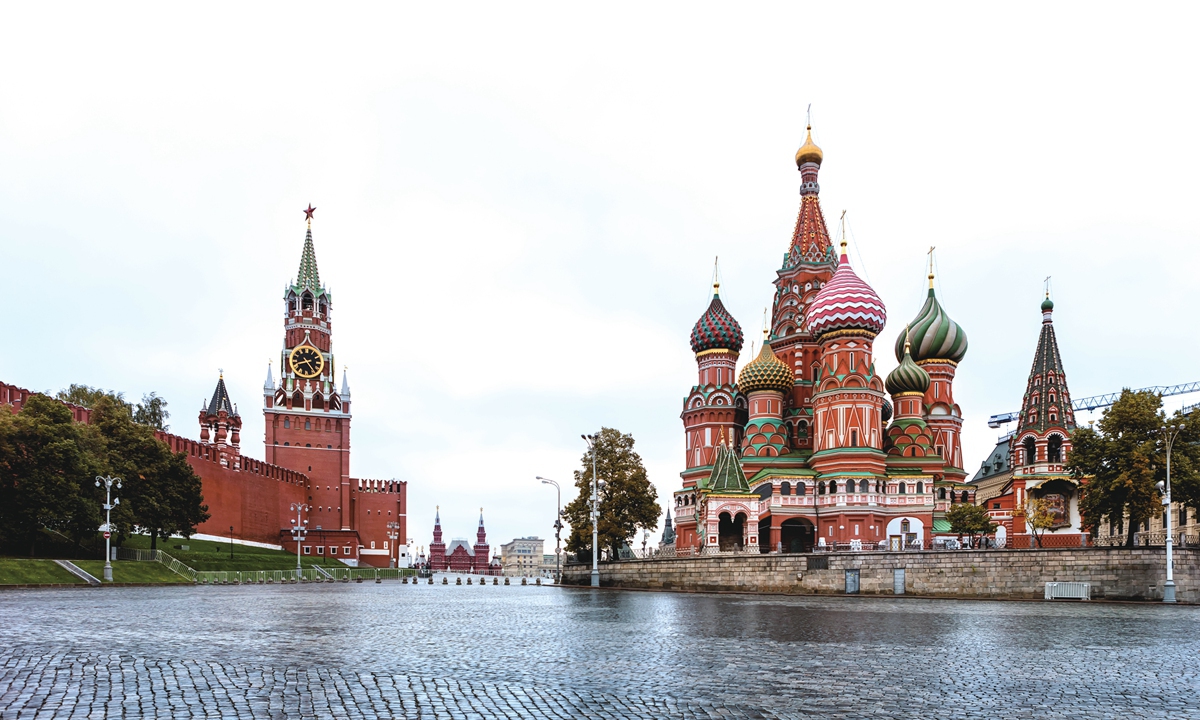 In quite a few media reports and public opinions, negative narratives about Russia's sluggish economy, suffering of repeated Western sanctions and resource curse as well as depression of people's livelihood whilst being trapped in war can be found everywhere. Some Chinese scholars even tend to say that Russia's economy is no larger than that of China's Guangdong or Jiangsu Province.

I have visited Russia six times, participated in dozens of seminars with Russian think tanks, written several research reports about Russia, and discussed the root causes and progress of the Russia-Ukraine conflict in TV programs over dozens of times… But I have to admit that my understanding of Russia is still superficial.

It is not easy to observe Russia in an innovative way transcending the utilitarian and arrogant logic on the internet.

The existing knowledge of Chinese academia seems to be unable to solve many deep-rooted doubts that arose from my desire to explore more about Russia, as well as the in-depth strategic understanding that China-Russia relations will inevitably become more and more tightly bound in the future.

The grand question, which I am interested in the most, is why in the past 800 years, Russia has grown from a weak population in a remote corner to the country with the largest territory and the widest latitude in the world. Even after the disintegration of the former Soviet Union, Russia's size still nearly doubles that of Canada, China, and the US, which are the second, third, and fourth largest countries in the world.

In the past 800 years, the Russians have fought against almost all world-class powers such as the Mongol, Byzantine, Ottoman, Napoleonic, Austro-Hungarian, British and German empires, as well as Nazi Germany, the government of the Qing Dynasty (1644-1911), Empire of Japan, and the US. Many of these empires have either disappeared, fallen, disintegrated, or declined. Russia also lost many wars, but it has been able to stand amid rounds of regime changes. In the last 200 years, it has ranked among the most powerful countries in the world, and it can be called the country which can fight the most. What is the reason behind this?

How did the once cultural, technological, and intellectual peripheral region of Europe produce so many masters of civilization in the fields of art, music, literature, politics, mathematics, chemistry, philosophy, biology, mechanics, space, and so on that affected the world after the 19th century?

The Russian nation has also been able to fight more and more bravely in the process of modernization. The Union of Soviet Socialist Republics was able to lead nearly half of the world's countries and population. What is the logic and process behind this?

In the 1970s, the Soviet Union gained momentum over the US and even strategically suppressed the US for a time, but it lost its prospects in the 1980s and eventually collapsed. Since then, the country under the leadership of both Boris Yeltsin and Vladimir Putin tried to join the Western camp, but ended in failure. What lessons can China learn from Russia's such prosperity and setbacks?

The current Russian economy is greatly dwarfed by that of the US, yet it dares to confront the US and even the Western system of up to approximately 40 countries.

Does Russia's confidence stem only from having thousands of nuclear weapons, the world's richest energy reserves, or the personal factor of President Putin? Where does the energy of the "fighting nation" come from?

Many Chinese people on the internet can't accept to "learn from the US" any more. The bullying of the US is indeed abhorrent. China had once "learned from the Soviet Union." Based on the traditional spirit of Confucianism that "with three men walking together, there is always a teacher among them," is there anything else that China can learn from Russia today? For example, how has Russia, which spans eight time zones and is made up of nearly 200 ethnic groups, developed a unified national identity?

This series of questions have nothing to do with whether I am "pro-Russia" or not, but they present a new topic of how to take a deeper look at the world's largest country in terms of size.

The author is professor and executive dean of Chongyang Institute for Financial Studies at Renmin University of China. opinion@globaltimes.com.cn