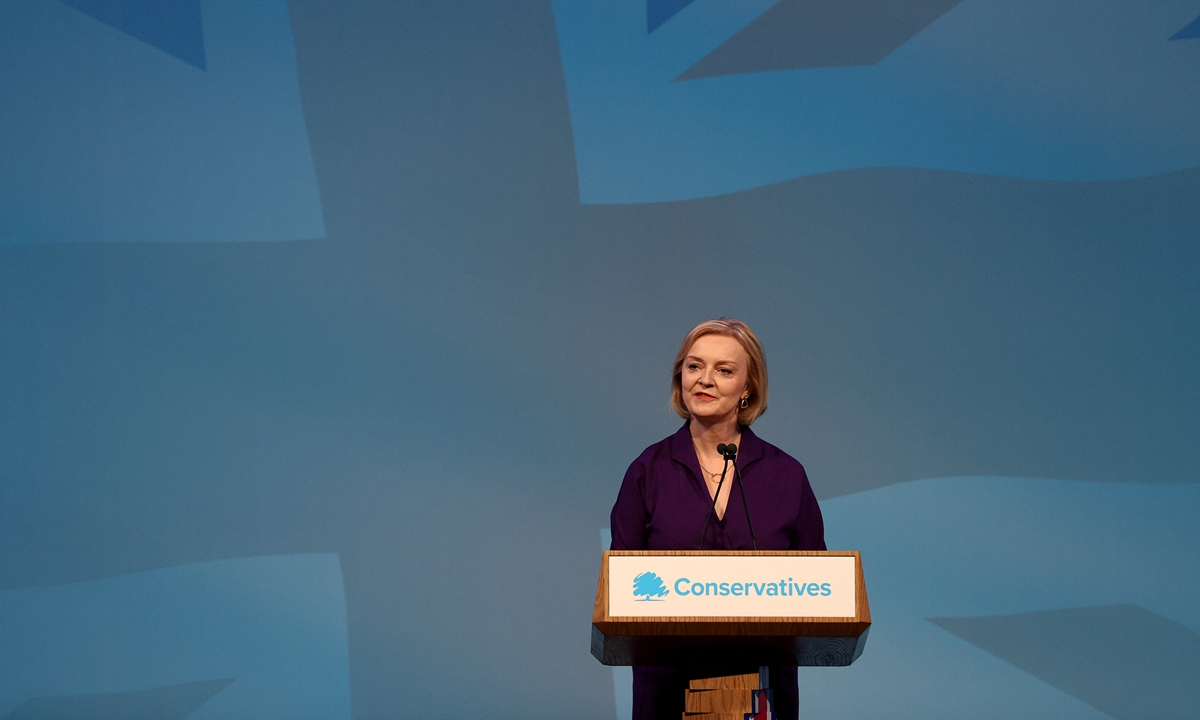 After almost nine weeks of waiting, Britain finally knows the name of its new prime minister.

Unfortunately for the United Kingdom, that name is Liz Truss.

She beat off all contenders, including the other remaining finalist Rishi Sunak, after an electoral process which bored the British people to the point of tears.

During that process, she expressed intentions to implement policies which may not be desirable in practice, but were designed to appeal to the party membership (notoriously reactionary and right wing) only representing about 0.3 percent of the population.

Now she must get behind the wheel of a government in crisis and address the challenges facing the country - mass strikes, a collapsing National Health Service, stresses on education and industry, runaway energy bills and soaring inflation which threatens to put businesses out of business and push desperate householders to the brink of bankruptcy, or worse.

Many will question whether she has what it takes.

She comes to Downing Street directly from the Foreign Office, a vehicle of state which she had difficulty keeping in the correct diplomatic lane while negotiating the highways of international relations.

Now, it remains to see if she can - or ever intended - to deliver on the more provocative pledges she made during her election campaign in order to please her party members and therefore get herself elected.

Her tone toward China has been toxic. According to The Times newspaper, she intends to declare China a "threat" to Britain's national security. This would reshape foreign policy and frame China as it currently frames Russia, with whom the UK is clearly conducting a proxy war in Ukraine. Does she really want that? The idea will have pleased her supporters - some of whom are among China's harshest critics in the Westminster parliament, such as the MP Tom Tugendhat, who helped form the Sinophobic China Research Group, fiercely critical of Beijing. Truss and her team may have taken this tougher line simply as a means to undermine her rival Sunak's leadership bid.

Despite having been foreign secretary, she seems to have a poor grasp of international relations, and is someone whose fallback position is to say whatever will be most advantageous to her ambitions. The down side of all this posturing is that now she has been elected she must either backpedal on the hyperbole, or put her words into action, which would benefit neither nation. She could be a nightmare for China, because now she has to put up or shut up - and she doesn't really know how to do either.

If she was the type of person to take advice, she could start by doing away with the meaningless, crowd-pleasing rhetoric and reign in the clumsy, anti-China sentiment. The language of confrontation only increases tensions between governments, when what is needed is a deeper, more nuanced understanding of the complexities of relations between nations.

Choosing the road of hawkish aggression is unhelpful and will inevitably lead to polarized positions, from which there is no room for differing opinions. What are needed are qualities of statecraft like diplomacy, shrewdness, equanimity and moderation. This includes a willingness to restrain the tough talk and a desire to search for answers to common problems - not to force one nation's will upon another.

That means acknowledging that China has a right to expand economically and culturally, and to protect itself militarily. It means, for example, that if the UK is going to accuse China of infringing human rights in Xinjiang it must be prepared to consider the human rights implications of policies like extraordinary rendition to torture camps like Guantanamo and the illegal deportation of refugees to places like Rwanda, rather than address their needs in the UK. Truss and others attack China on these issues because it looks good for them domestically, but are not prepared to be open-minded about their own country's behavior.

Throughout her tenure in the Foreign Office and during her leadership campaign, Truss has been fond of using trite phrases and clichés as if they were bumper-sticker slogans on a car. These are eye-catching and quickly picked up in the public mind. But they over-simplify very complex issues and render difficult geopolitical matters into glib phrases which add almost nothing to the important debate which must be had in these areas.

She is a learner driver at the prime ministerial wheel, but Liz Truss needs to learn very quickly that if she is going to steer Britain anywhere she needs to put her brain into gear before engaging her mouth.

The author is a journalist and lecturer living in Britain. opinion@globaltimes.com.cn