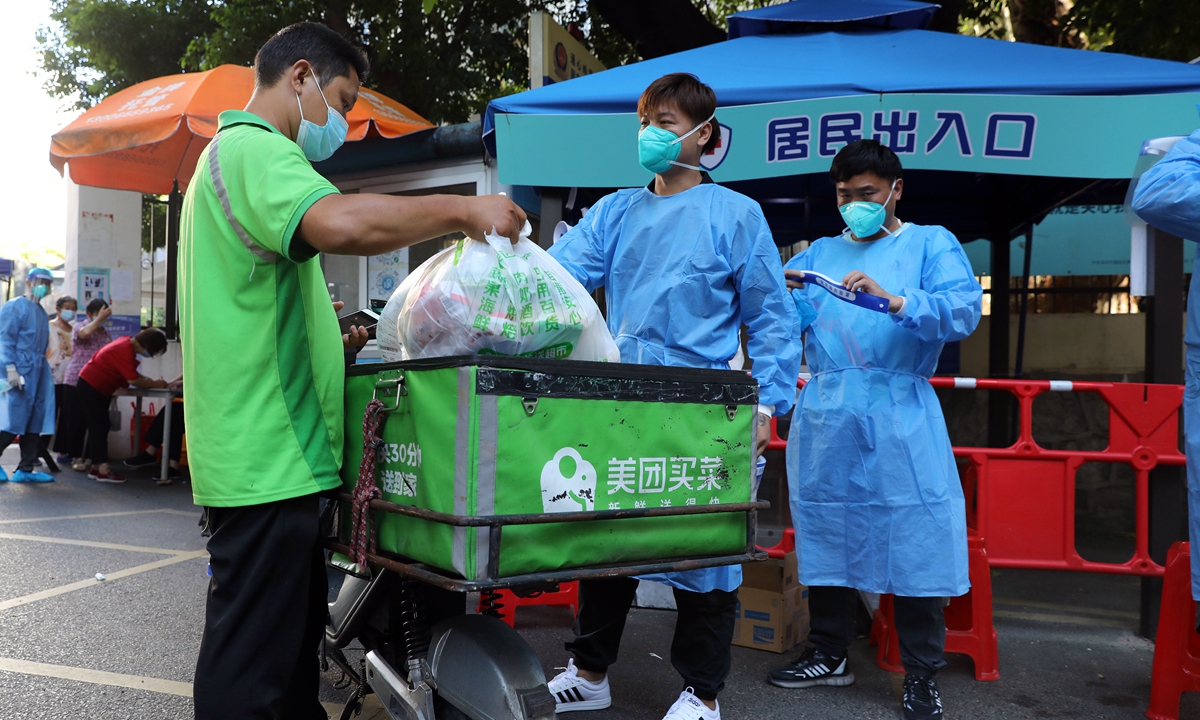 South China's tech hub city of Shenzhen adopted tiered COVID-19 preventative measures starting from Monday, while Chengdu in Southwest China's Sichuan Province extended restrictions and mass testing as China sees rising clusters in its latest epidemic outbreak, in which more than 30 cities of the country are currently under citywide or partial "static management."

In particular, the epidemic situation in South China's Guangdong, Southwest China's Sichuan and Northeast China's Liaoning and Heilongjiang are still at high levels.

Shenzhen, the coastal city in Guangdong Province that neighbors Hong Kong, adopted tiered COVID-19 preventative measures on Monday, under which communities in the city impose restrictions at different levels according to the daily number of COVID-19 cases in the regions, said city officials on Sunday.

Communities that reported no positive cases for the past three consecutive days will resume normalized management with no movement restrictions for residents, even though requirements for temperature and health-code checking are still in place.

For those that saw cases detected in the community in the last three days, the interim control measures will be extended for three days from the date of the last reported positive cases. Under the measures, only local residents are allowed to enter the communities unless it's necessary and daily nucleic acid testing is mandatory for all.

The city, home to more than 17 million people, detected 71 new positive cases, including 21 asymptomatic, on Sunday.

Another city in China that has been a COVID-19 hotspot recently is Chengdu in Sichuan Province, where more than 1,330 local cases have been reported in the city since August 12, including 120 new cases registered on Monday.

Chengdu authorities announced on Sunday that the city will continue conducting mass testing for COVID-19 for the coming three days, starting from Monday. Chengdu imposed a citywide policy of home quarantine and mass testing on September 1.

The home quarantine policies will also be extended for all residents in Chengdu, which has a population of 21 million, except for Xinjin district and Qionglai city where the epidemic situation is better.

Primary and secondary schools in Chengdu will start online teaching from Monday and off-campus training institutions will suspend offline training activities, according to the city's education authorities.

With the extension of "static management," residents' online orders for food and basic materials are also surging. The Global Times learnt that there are sufficient supplies of living materials in Shenzhen and Chengdu, and local authorities have also arranged more workers for the packaging and delivery of the supplies.

A staffer of an online food purchase platform who is responsible for supplies in Shenzhen told the Global Times on Monday that they have increased the inventories of commodities that are purchased by the public in large quantities, such as meat, poultry, eggs, milk and fresh fruit and vegetables, and will double the stock according to daily orders to ensure sufficient inventory and stable prices of the relevant commodities.

In Chengdu, suppliers also increased the inventory of daily necessities, promoting the operation of 48 distribution centers, more than 6,000 stores and over 300 e-commerce distribution sites of the city's key supply enterprises, said Li Xiaoyong, deputy director of Chengdu's commerce bureau, at a press conference on Sunday.

Gao Rui, a Chengdu resident who lives in Gaoxin district, told the Global Times on Monday that his residential community has provided him with sufficient food for daily use so far, and people can still order food through online apps.