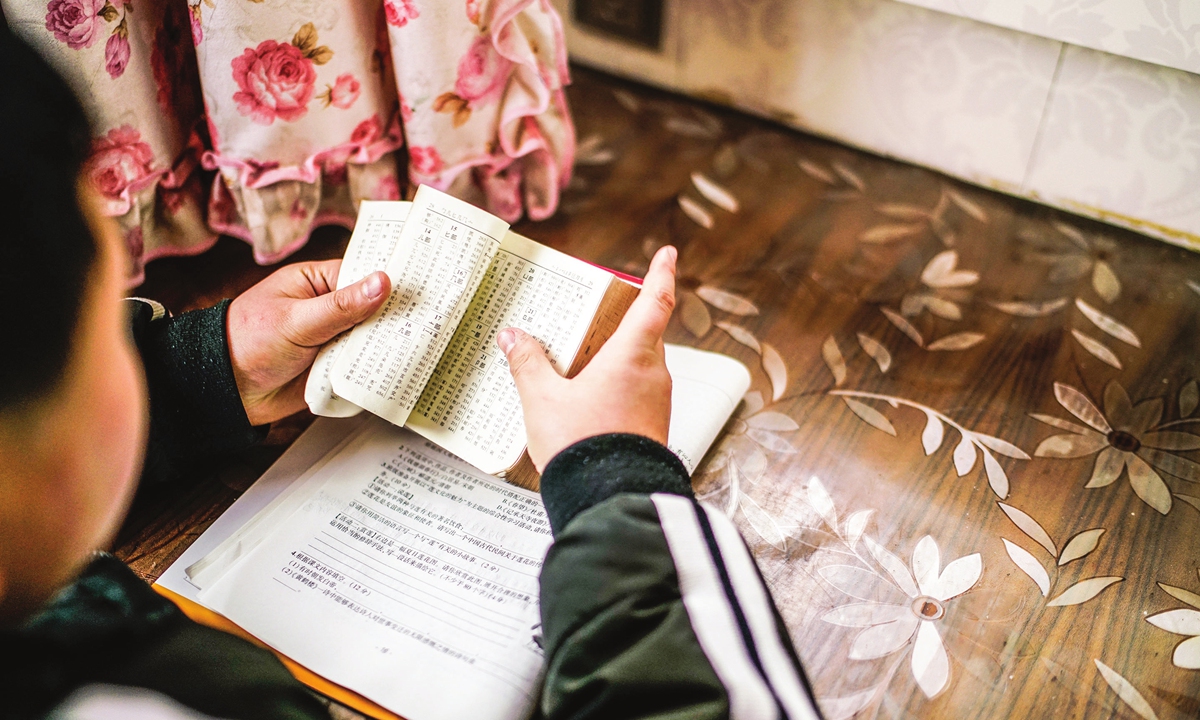 Chinese language scholar Li Yuming was thrilled to see the new entries documenting progress in China when he flipped through the latest edition of a popular Chinese dictionary released recently.

The Standard Dictionary of Contemporary Chinese, launched in 2004, is now in its fourth edition.

The latest edition incorporates about 1,000 new phrases reflecting changes in China's socioeconomic landscapes compared with its last revision eight years ago. Among these are phrases like "new normal" and "overtaking on the bend."

"The around 1,000 buzzwords were compiled from various aspects of the society, recording the progress of the times," said Li Xingjian, chief editor of the dictionary. He added that the new edition contains more than 12,000 characters and about 72,000 phrases, presenting a comprehensive picture of contemporary Chinese vocabulary.

Li, chair of the China Association of Lexicography, said that the timely revision of the dictionary has documented the evolution of society and satisfied users' need for reference.

"The latest version of the dictionary reflects two major trends: the pursuit of green and low-carbon goals in economic and social life, and the significant impact of the internet on our daily life," said Zhang Yiwu, a professor of Chinese language and literature at Peking University.

Terms like "low-carbon economy" and "Weibo," China's microblogging service, were added to the dictionary's second edition in 2010 when the two trendy concepts gained widespread popularity.

In 2014, the phrase "online shopping" was included in the dictionary after the phenomenal development of the e-commerce sector made it familiar to every household.

The national carbon market has seen a cumulative turnover of 194 million tons of carbon emission quotas worth nearly 8.5 billion yuan ($1.2 billion) since it became operational in July 2021.

In 2021, China's cloud computing market size surpassed 300 billion yuan. Moreover, the annual transaction scale of mobile payments in China, which was only tens of billions of yuan in 2011, hit 527 trillion yuan in 2021.

The abundance of new words reflects the zeitgeist of society, said Wang Fang, president of the Foreign Language Teaching and Research Press (FLTRP), the publishing house behind the dictionary.

"The emergence of new phrases is a result of the tremendous transformations and outstanding accomplishments of the past decade," Wang added.

New terms were coined, and old words also acquired new meanings. This phenomenon is another reminder of how much society has progressed. Among them is the phrase "overtaking on the bend."

The phrase refers to racers with superb skills and courage who surpass their opponents while rounding a bend. In the updated dictionary, it has gained a new figurative connotation of turning difficulties and risks into opportunities, rising to challenges and outperforming others.

From new energy vehicles to online consumption, 5G, high-speed railways, the sharing economy and artificial intelligence, booming emerging industries prove that "overtaking on the bend" is a reality in China.

One of the most salient criteria for the inclusion of new words in the dictionary is their wide use by the general public, said Zhang Shiping, who is in charge of revising the dictionary.

"The inclusion of new words reflects the development of society, which, in turn, further enriches language."

New phrases stemming from Chinese classics are also added to the dictionary, as the preservation of traditional culture now has greater weight.

Readers can acquire knowledge of Chinese culture and improve their cultural accomplishments by looking up these words in the dictionary, Wang Fang said.

The definitions of some words have been revised under the Civil Code to keep up with the country's progress in the practice of the rule of law.

The Civil Code, which took effect on January 1, 2021, is the first law with "code" in the title since the founding of the People's Republic of China in 1949.

"Dictionaries are the collective memory of the nation," said Li Yuming, adding that as society evolves, new entries must be added to ensure this memory stays fresh.