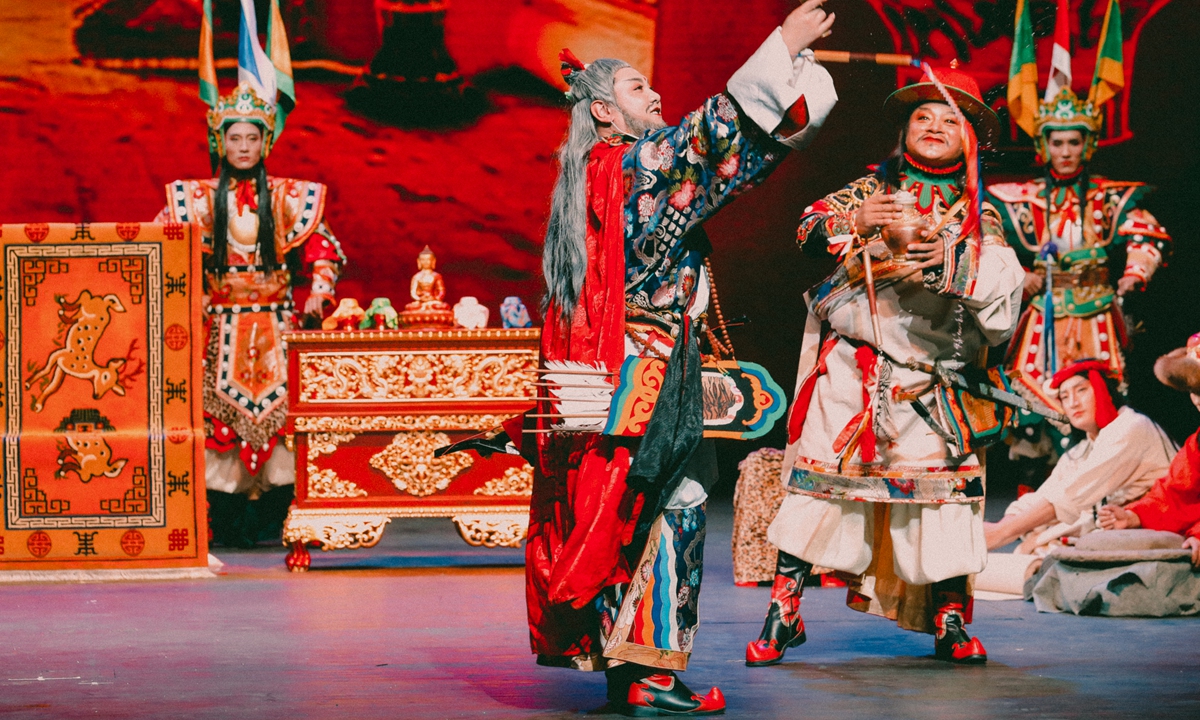 Every year around the end of August and the beginning of September, the Shoton Festival, one of the most important traditional festivals of the Tibetan ethnic group, is held in Southwest China's Xizang Autonomous Region. During the seven-day festival, people eat yogurt, enjoy Tibetan Opera, view thangka paintings and enjoy displays of Buddhist deities.

From 2006 to 2018, China's central government invested a total of 195 million yuan ($28.26 million) into the protection of Xizang's intangible cultural heritage, which plays an indispensable role in promoting traditional culture.

In this series we will explore these cultural treasures. Today we explore the unique charm of Tibetan Opera through the eyes of an opera troupe to better appreciate this deeply loved art form among the Tibetan people.

During the Shoton Festival, people of the Tibetan ethnic group gather in public squares to appreciate excerpts from traditional Tibetan Operas performed by various troupes.

With a history of more than 600 years, Tibetan Opera is known as a living fossil of Tibetan culture. Included on China's first national intangible cultural heritage list in 2006, the splendid artistic value of Tibetan Opera has allowed it to remain vibrant for decades.

Among diverse operas inspired or adapted from the many folk stories and epics passed down in the ethnic group, the story of King Gesar has always been one of the most popular. An ancient folk tale, the Epic of King Gesar was inscribed on the Representative List of the Intangible Cultural Heritage of Humanity of UNESCO in 2009 for imbuing audiences both young and old with a sense of cultural identity and historical continuity.

The Yel Bumen Tibetan Opera Troupe, formed by shepherds, is a representative of the thousands of Tibetan Opera troupes that perform operas about King Gesar.

"Based on the traditional story of the Epic of King Gesar, we have made some innovations when it comes to costumes, stage setting and music. The results stunned us as most local audiences said that they felt they were finally seeing the real Gesar on stage," Samdrop Lhom, head of the troupe, told the Global Times.

Traditionally divided into three sections, the opera version of the Epic of King Gesar depicts the dramatic reversal section of the epic, which shows how a poor child becomes a king.

The poor child Jueru, who was born in the legendary kingdom of Ling, is framed by his uncle and driven out of his tribe at the age of 5.

At the age of 13, he decides to return home and get back what belongs to him. Jueru becomes a champion during an important race, earning the support of most of the people of the Ling Kingdom, setting the stage for him to grow up and become King Gesar.

The Yel Bumen Tibetan Opera Troupe has rehearsed and performed dozens of opera excerpts from this epic.

To improve the stage setting, the troupe head, who is also an inheritor of the Gesar epic tradition, came up with many diverse innovations.

He changed the style of the traditional costumes, such as heightening the shoulders of the costumes of generals to highlight their imposing nature. The head of the troupe also used bronze, silver and golden materials instead of cloth to make their helmets.

All these endeavors allow the audiences to immerse themselves in the performances. Samdrop said that he even saw some locals salute the stage out of respect for King Gesar.

"We have listened to the story of King Gesar on the radio since childhood and adore this hero and his generals. Now I have the chance to play King Gesar's general on the stage; it's like a childhood dream come true," Zerang Dongzhou, one of members of the Yel Bumen Tibetan Opera Troupe, told the Global Times.

He and other performers in the troupe are all local shepherds, so rehearsals and performances have to be arranged for the slow agricultural season. Another member, Yibo, said that they usually rehearse for three to four days before performances and although they have to practice from morning to night, no one has ever complained or given up because of their deep love for and faith in King Gesar.

Tibetan Opera is not just limited to the ethnic group, but has also spread to other regions in China.

Yang Dan, deputy head of the troupe, told the Global Times that the troupe performed at the Daliangshan International Theater Festival in Sichuan Province, during which time they made further changes to the opera to fit the local stage. Additionally, during the Beijing 2022 Winter Olympics, the troupe went to Beijing and brought King Gesar's story to audiences in the capital. 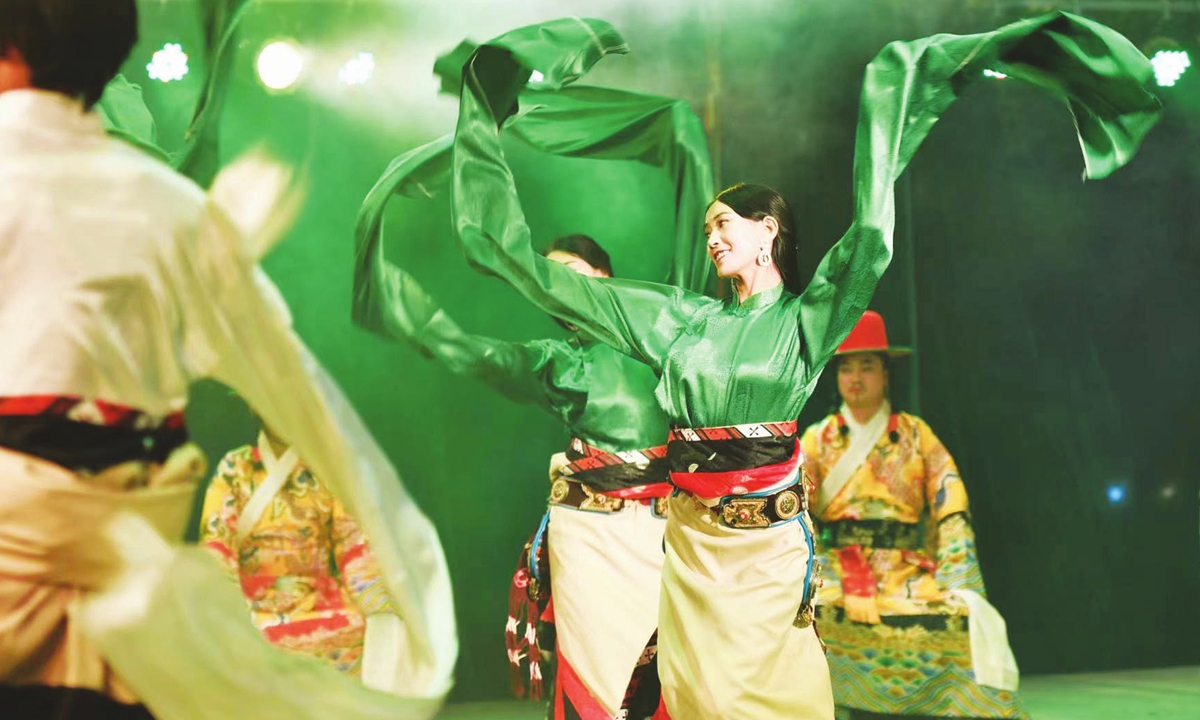 LIV's Westwood, Garcia & Poulter should not be at PGA Championship
Sinisa Mihajlovic; Bologna sack coach after winless start to season