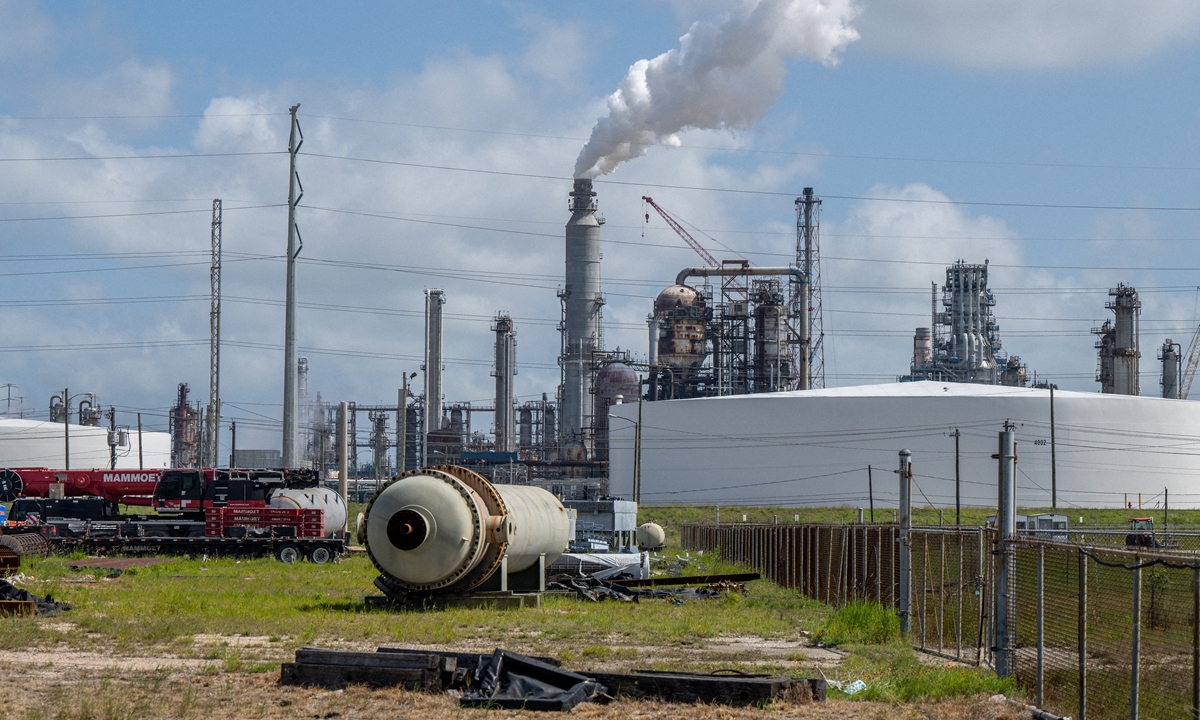 Republican-led US states such as Texas and West Virginia are piling pressure on firms including giant asset manager BlackRock for supposedly boycotting oil and gas companies as part of "responsible" investment strategies.

But the companies say the fossil fuel boycott claims are false and rules barring states from dealing with major financial firms could potentially backfire on taxpayers.

Basing investments partly on a company's environmental, social, and governance (ESG) practices is a sign of an unacceptable "ideological agenda," says Florida Governor Ron DeSantis, who is seen as a potential 2024 Republican presidential nominee.

Late last month, he ordered bankers managing the state's huge pension fund to ignore those criteria and instead prioritize "the financial security of the people of Florida over whimsical notions of a utopian tomorrow."

The state controller of Texas has, meanwhile, published a list of companies - including BlackRock and several European banks - deemed to be "boycotting" petroleum firms. State officials were instructed to no longer sign contracts with firms on the list.

West Virginia, a smaller state but one rich in coal and natural gas, similarly singled out not just BlackRock, but also such Wall Street pillars as JPMorgan Chase, Wells Fargo, Goldman Sachs, and Morgan Stanley.

"Any institution with policies aimed at weakening our energy industries, tax base, and job market has a clear conflict of interest in handling taxpayer dollars," that state's treasurer, Riley Moore, said in a statement.

'Disconnected from the facts'

The banks targeted, however, deny they are engaging in any such boycott.

While some of them have decided to stop financing oil exploration projects in the Arctic, for example, they are continuing to lend money to the industry.

JP Morgan decried West Virginia's rule as "shortsighted and disconnected from the facts."

BlackRock, the world's biggest asset manager, says it has invested more than $108 billion in Texas oil companies, including ExxonMobil.

Referring to Texas' new rule, the Wall Street firm said in a statement that "elected and appointed public officials have a duty to act in the best interests of the people they serve. Politicizing state pension funds, restricting access to investments, and impacting the financial returns of retirees, is not consistent with that duty."

Joshua Lichtenstein, whose law firm, Ropes & Gray, tracks the way states are regulating ESG investments, said that the Republican-led attacks may be misguided.

"The political rhetoric is addressing a world that doesn't exist," he said.

And investors are pushed in that direction by a growing number of clients, not only in Democratic-led US states but in Europe and Japan.

The northeastern state of Maine in 2021 adopted a law requiring the state's pension system to divest itself of shares in fossil fuel companies. Dozens of demonstrators protest outside of BlackRock in New York, the US, to call for them to stop investing in new fossil fuel projects on May 25, 2022. Photo: AFP

A cost to taxpayers

The new rules in Republican states could come at a cost to those states' taxpayers, said Ben Cushing, a financial specialist with the environmental advocacy group the Sierra Club.

Texas, for example, in 20121, adopted a law banning its cities from signing new contracts with banks that limit investment in petroleum companies or gun manufacturers.

The result: The number of establishments participating in municipal bond issues in Texas has declined and negotiated rates have risen - costing taxpayers millions in extra interest - according to a June study by researchers at the University of Pennsylvania and the US Federal Reserve.

Lichtenstein said it is too early to know the broader impact of the Republican campaign.

He said it would not necessarily threaten an already well-established trend: Clients are increasingly sensitive to climate change, for example, and investment managers still must take all risks into account.

But "the red states are probably the loudest," Lichtenstein added, and if Republican states such as Florida actively enforce their new rules, fund managers may seek to avoid conflict.

Ultimately, said the Sierra Club's Cushing, that could compel financial establishments to slow their ESG efforts just as they "belatedly are beginning to address the climate crisis and recognize the very real financial implications of climate change."