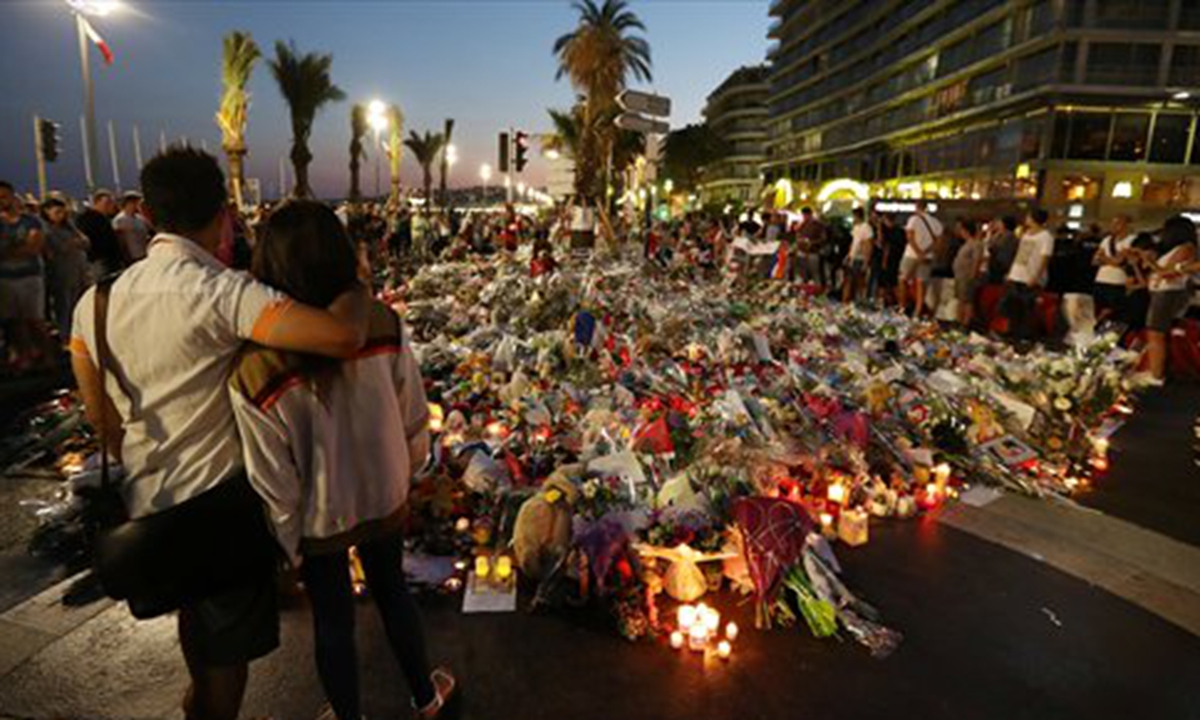 People stand in front of flowers, candles and messages laid at a makeshift memorial in Nice on July 18, in tribute to the victims of the deadly attack on the Promenade des Anglais seafront that killed 84 people. Photo: CFP

Eight suspects are expected to go on trial Monday over the July 2016 attack in the Mediterranean city of Nice, where a radical Islamist killed 86 people by driving a truck into thousands of locals and tourists celebrating France's national day.

The attacker, a 31-year-old Tunisian named Mohamed Lahouaiej-Bouhlel, was shot dead by police following the more than four-minute rampage down the seaside embankment of the Promenade des Anglais.

The seven men and one woman who will go on trial in Paris are accused of crimes from being aware of his intentions to providing logistical support and supplying weapons.

Only one suspect, Ramzi Kevin Arefa, faces the maximum penalty of life imprisonment if convicted as a recurring offender. The others risk between five and 20 years in prison.

The trial, which gets underway at 1:30 pm (1130 GMT) and due to last until mid-December, is the latest legal process over the Islamist attacks that have hit France since 2015.

A Paris court on June 29 convicted all 20 suspects in the trial over the November 2015 attacks in the French capital which left 130 dead.

The trial will take place within the Palais de Justice in Paris at the same purpose-built courthouse that hosted the November 2015 attacks hearings.

While Lahouaiej-Bouhlel cannot now be brought to justice, the trial marks a hugely important moment for survivors and relatives of the victims as they seek to move on with their lives.