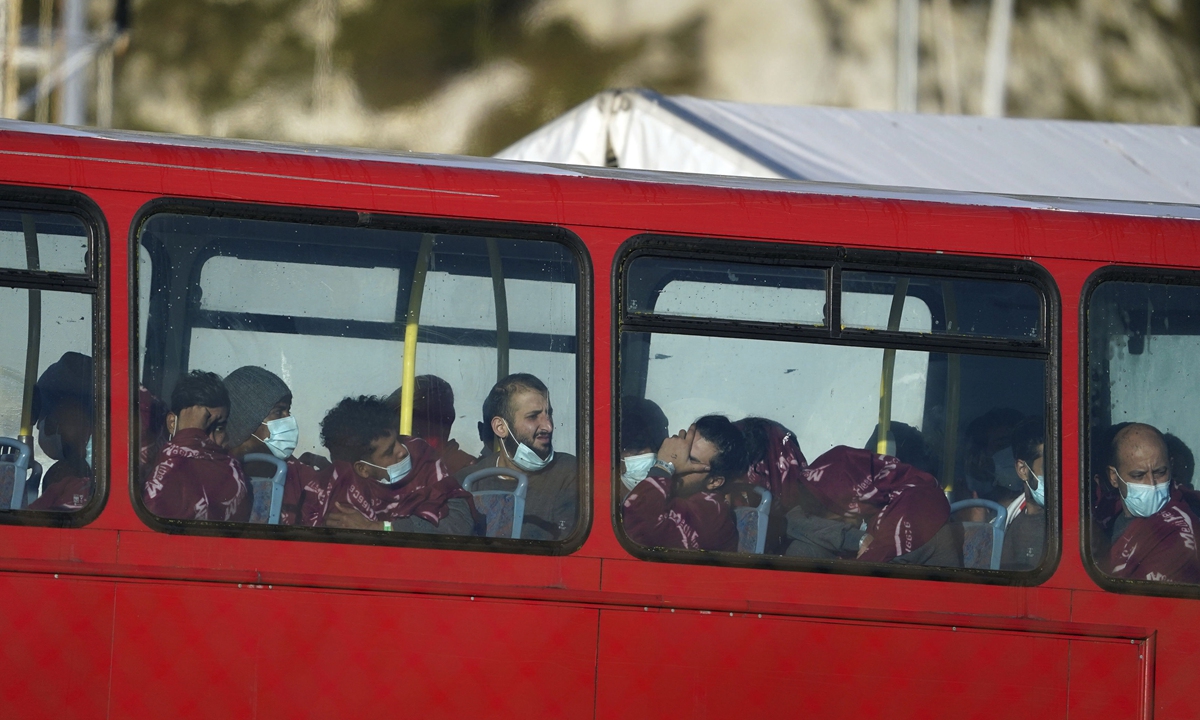 Nearly 1,000 migrants crossed the Channel in small boats, the UK government said on Sunday, as growing numbers of arrivals have exacerbated tensions between the UK and France.

The defence ministry said 960 migrants were detected making the dangerous crossing in 20 boats on Saturday.

This came after 1,295 migrants were spotted making the crossing on August 22, setting a new record for a single day.

Premar, the authority responsible for the French side of the Channel coastline, said on Sunday that in two separate operations it had rescued 109 people trying to make the crossing.

On Saturday it reported a series of interventions to save nearly 190 people.

On Friday, 221 people had tried to make the dangerous crossing between the two countries, in what is one of the world's busiest shipping lanes.

French officials had to rescue people on 40 makeshift vessels as they took in water.

The issue has caused a major political headache for the UK government, which promised tighter border controls after leaving the European Union.

Tensions have risen between London and Paris, with the UK government accusing France of not doing enough to stop the crossings.

So far in the year of 2022 there have been more than 26,000 crossings, while now is the peak time of year for those attempting to enter the UK this way.

The UK in August vowed to speed up removals of Albanians illegally entering the country as official statistics showed they were now the largest single group making small-boat crossings across the dangerous Channel.

In previous years, asylum seekers from war zones made up the vast bulk of small-boat arrivals.

In its statement Sunday, Premar again warned people against attempting the Channel crossing in improvised vessels.

"This maritime sector is one of the busiest in the world, with more than 400 commercial vessels that cross it every day and meteorological conditions that are often difficult," it said.

On average, the winds there reach Force 7 for 120 days in the year, the statement said. "It is therefore a particularly dangerous sector, notably in a period when the water temperature is going to drop," added the statement.