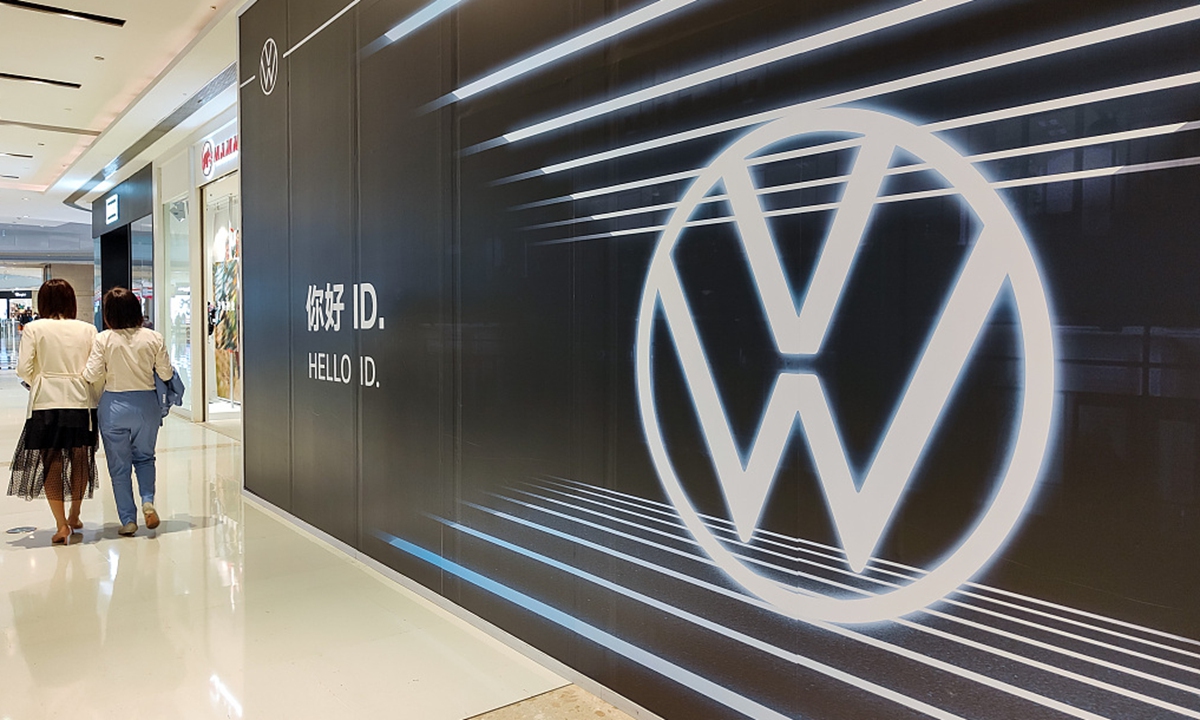 The remarks came at a time when the German carmaker and many other multinationals have been under increased scrutiny from Western media outlets, industry groups and politicians over their operations in Xinjiang. For example, the leader of Germany's powerful IG Metall trade union, who sits on the supervisory board of Volkswagen, questioned in June whether it is in the carmaker's interests to continue to operate a plant in China's Xinjiang region, according to Reuters.

Given such political pressure, it shows great courage on the part of the new Volkswagen boss to insist on keeping its plant in Xinjiang, which essentially rejected the politically charged claims made by anti-China forces.

Some in the West may conclude that the reason behind Volkswagen's decision is the fact that China is its largest and most lucrative market, and they would accuse the company of only seeking profits. But the most reasonable conclusion should be that after years of operating in Xinjiang, the carmaker does not see so-called "human rights abuses" in the region as claimed by Western anti-China forces.

Volkswagen's Chinese joint venture with China's SAIC Motor has been operating the plant in Xinjiang since 2013. Therefore, the German carmaker knows first-hand the answer to the question as to whether there are human rights abuses in Xinjiang as many Western politicians claimed. In this sense, the company's insistence on keeping the Xinjiang factory in the face of political pressure not only shows the pragmatic spirit of win-win cooperation, but also reflects the courage to seek truth from facts.

The so-called "human rights violations" in Xinjiang are utter lies made up by politicians, media outlets and other anti-China forces in the US and its allies. It is based on these fabricated lies that Western anti-China forces have constantly accused Xinjiang of using "forced labor," and imposed sanctions against Xinjiang products such as cotton and solar products.

The fact that some Western politicians chose to turn a blind eye to the basic facts about Xinjiang and didn't bother to get to know the rapid development in the region lays bare their prejudice and ill political intentions. Indeed, if they were to look, there is no shortage of evidence and figures that would sufficiently disprove the so-called "human rights violations" claims.

Here are just a few examples. Over the past six decades, the ethnic Uygur population in Xinjiang rose from 2.2 million to about 12 million, with the life expectancy jumping from 30 to 75 years old. Between 2014 and 2019, the regional GDP of Xinjiang increased from 919.59 billion yuan to 1.36 trillion yuan, with an average annual growth rate of 7.2 percent. Per capita disposable income in Xinjiang has increased by an average annual rate of 9.1 percent. All of the region's 3.09 million people under poverty lines have been lifted out of poverty. Isn't it the best interpretation of true human rights to enable people to achieve better development and live a happier life?

By repeatedly spreading lies about Xinjiang, Western anti-China forces are actually interested more in politicizing and weaponizing human rights issues. Their true aim is to create a pretext to crack down on Xinjiang products and industries, and in turn contain China's development. Such an ill-intentioned attempt, if succeed, actually deprives people in Xinjiang of the right to pursue a better life, which is trampling on their human rights.

However, such a brazen attempt is doomed to fail, as it will be rejected by not only the Chinese people but also reasonable people around the world. Volkswagen's decision offers the latest case in point, but it is not the only one. Xinjiang has signed 21 cooperation agreements with 25 countries, regions and international organizations. The region conducts economic and trade cooperation with 176 countries and regions. Ultimately, lies will not prevail, regardless of how many times they are repeated.