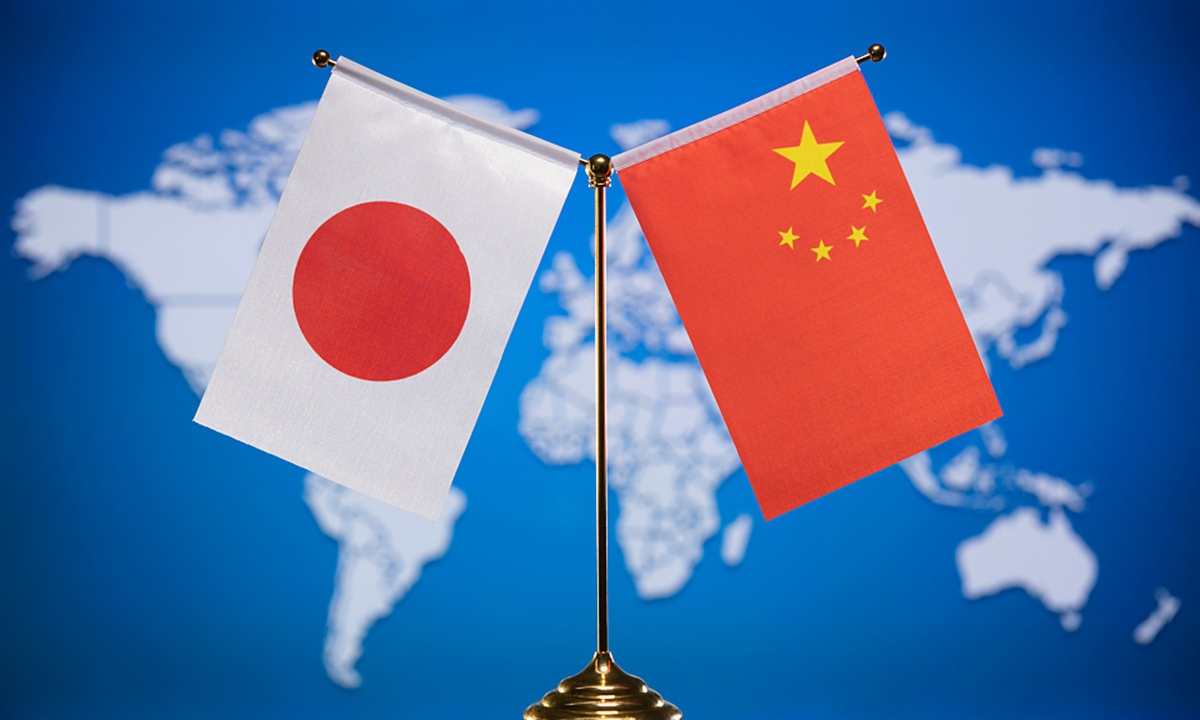 Japanese Prime Minister Fumio Kishida is considering attending a business event to be held on the 50th anniversary of the normalization of ties between China and Japan on September 29, according to a Kyodo News report. His participation is considered an effort to boost momentum for a summit between the two countries' leaders, Kyodo said. Japanese Foreign Minister Hayashi Yoshimasa also expressed his willingness to meet with Chinese State Councilor and Foreign Minister Wang Yi during the UN General Assembly meetings to be held later this month.

First, the signals released by the Japanese Foreign Ministry and Kishida himself are following the diplomatic traditions. The two major powers always hold some ceremonies with the attendance of some senior officials when it comes to some important points in time, such as 40th and 45th anniversaries of normalization of diplomatic relations between China and Japan, as well as the 40th anniversary of signing the Treaty of Peace and Friendship between China and Japan. Therefore, half a century after the normalization of diplomatic ties, it's reasonable and even necessary for the two neighbors to hold such events.

Second, Japan is sending some positive signals to China as a deliberate attempt to probe China's attitude toward the warm-up of bilateral relations. There are some internal differences of opinion within Japan at the moment regarding improving relations with China, as evidenced by the dynamics of Japanese media.

Since US House Speaker Nancy Pelosi's visit to the island of Taiwan, Japanese media have clamored that the commemoration ceremonies to mark the anniversary should be canceled as a response to China's military exercises in the Taiwan Straits. Holding ceremonies "would send the wrong message to Beijing," claimed the right-wing Sankei Shimbun, adding that it's "simply not possible to claim that an atmosphere of bilateral friendship prevails between Japan and China at the moment."

Meanwhile, Japanese decision-makers bear complicated consideration on developing China-Japan relations. On the one hand, Japan hopes to use the improvement of relationship with China to gain an advantage from the strategic competition between China and the US as well as in regional issues. On the other hand, conservative forces in the Liberal Democratic Party with strong influence still tend to play the China card, which has been a constraint on Kishida's China policy.

As a result, despite positive signals from Japan, its persistent and disturbing moves at home and abroad cannot be ignored, particularly those related to the one-China principle, the red line in China-Japan relations.

A VOA report argues that the structural problems that exist in China-Japan relations will not change even if the summit is realized. In response, Wang Guangtao, an associate research fellow at the Center for Japanese Studies of the Shanghai-based Fudan University, told the Global Times that there is a difference in perception between China and Japan regarding the premise of the high-level talks.

Japan's efforts to improve bilateral relations are not motivated by the goal of solving the main contradictions between both countries, which means it will not stop provoking China in sensitive issues and will continue to strengthen its involvement in the US-led coterie in the Asia-Pacific in order to contain China, like the Quad and the Indo-Pacific Economic Framework. Given those contradictions between both countries, Japan hopes to discuss viable options to avoid extreme deterioration in relations through a high-level dialogue, noted Wang.

"The Japanese side does not expect that the deep-seated conflicts can be resolved after the summit. The Chinese side's consistent position, on the other hand, is that high-level talks are possible only when both sides release enough goodwill and effectively control some key friction points."

The crux of the structural conflict between the two states lies in Japan's insistence on provoking China by blindly following the US and bringing it into the Asia-Pacific, as well as Japan's lack of willingness to resolve major contradictions, resulting in the absence of an atmosphere and conditions in which a summit can take place.

To advance the China-Japan relationship, Japan must return to the original intention of the normalization of diplomatic ties with China. The Taiwan question was the most significant topic during the negotiations between China and Japan 50 years ago. At that time, Japan had already made a commitment to the one-China principle, but now it tends to turn its back on its own words. Only if Japan holds the bottom line in the engagement between China and Japan will it be able to create favorable conditions for the bilateral relations.